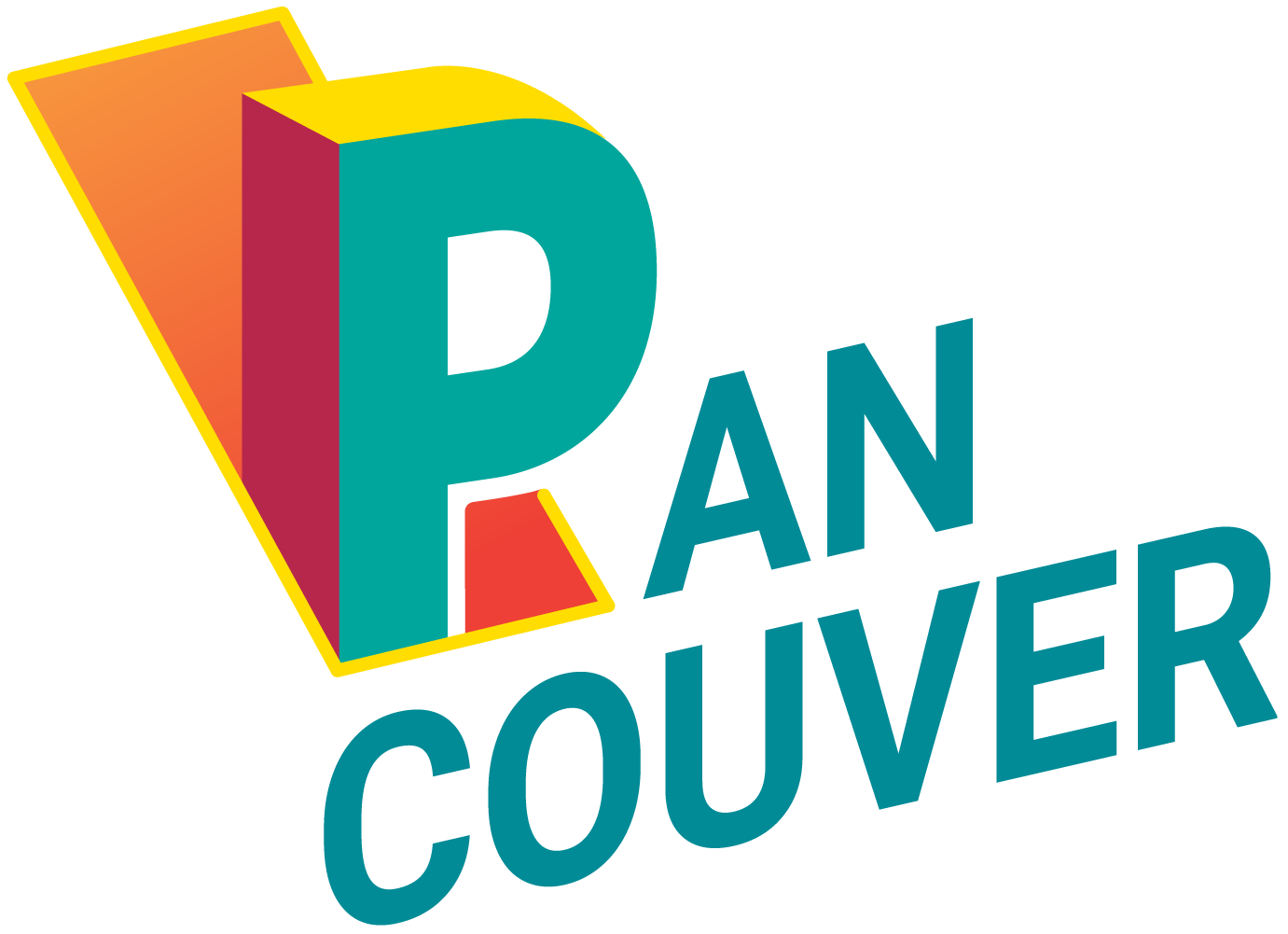 For Alec Shi, the pandemic revealed an academic chasm in Vancouver.

Back in the spring of 2020 when the SARS-CoV-2 virus came to the world’s attention, Shi was attending Sir Winston Churchill secondary. And he noticed that students from high-income families could count on plenty of supports when schooling went online.

Not only did they have nice homes and up-to-date computer equipment, they also had access to private tutors.

However, those from poor families, including many immigrants, were left in the lurch. In response, Shi and some friends launched a free online tutoring service to level the educational playing field.

“It was using Microsoft Teams and it was purely digital,” Shi tells Pancouver over Zoom from Toronto, where he now attends university. “The motivation started when over 40 percent of my program dropped out after a year, which was pretty unheard of within the Vancouver high school system.”

One of those friends at Sir Winston Churchill, Miklos Sunario, traces his roots back to Indonesia. He explained to Shi that many students there don’t even have access to the Internet. For them, the pandemic eliminated education.

That laid the foundation for Shi, Sunario, and high-school buddy Tienlan Sun to launch EduBeyond. According to the website, this enterprise “aims to eliminate educational disparity, and allow marginalized youths to access an international standard of education at an affordable price”.

“I feel like the purpose of education is to bridge the gap,” Shi says, “and have everybody in any place in the world be able to enter a global industry to pursue a career that they desire.”

EduBeyond’s founders plan to do this with an adaptive learning interface. They’re creating courses in a gamified world.

Shi says that EduBeyond can integrate the program into any existing classroom and quickly scale it up. Right now, it’s being beta-tested on students on the outskirts of Jakarta.

Currently, these Indonesians are gaining proficiency in English. Once they reach a desired level and obtain technological skills, they can attend schools in North America.

“On the flip side, we also have a lot of Canadian students involved in the project,” Shi states.

For example, he mentions Sir Winston Churchill student Vincent Qi. According to Shi, Qi programmed a video platform entirely from scratch, which has all the features of Zoom. Moreover, he did it within two weeks!

“He deserves some recognition for that,” Shi declares.

Recently, EduBeyond received its own recognition by winning the prestigious 2022 Moonshot Learning Award. According to the Moonshot Awards website, “the project aims to halve the required hours for Southeast Asian youths to reach working proficiency in English”.

The Avast Foundation is behind the Moonshot Awards, which offer prizes adding up to US$100,000 in various categories. The focus is on social impact rather than simply generating a financial return.

“The Moonshot Award is very tailored to what we’re doing,” Shi explains.

Founders will fly to Indonesia

The award organizers invited Shi and Sunario to New York where they could speak to investors at the World Trade Centre. They also met UN Deputy Secretary General Amina J. Mohammed.

Shi says that EduBeyond’s mission meets the objectives of the UN’s Millennium Development Goals to end poverty. While the Moonshot Award financial assistance is appreciated, he says it’s even more important that EduBeyond has come to the attention of the United Nations.

In February, the EduBeyond founders will fly to Indonesia to pitch their project to the country’s politicians. The founders hope to roll it out on a large scale in the Southeast Asian nation by July 2024.

According to Shi, this will provide time for EduBeyond to fine-tune its product, including building in the necessary cybersecurity to protect privacy.

“We also have to implement a curriculum, which is done partially in-house with outside consulting from university professors,” he adds.

Sunario, now the chief operating officer, is a second-year engineering student at UBC. He’s excited about what EduBeyond can offer to educators.

“In conjunction with UBC, UC Berkeley, and UofT, EduBeyond will be conducting research on the effects of AI and gamification on learning and retention,” Sunario said in the video presented as part of the Moonshot Awards application. “With our data and our projected user base, we would be making a valuable contribution to academic research worldwide.”

Sun, the chief technology officer, is also a medical artificial intelligence researcher who attends the University of California Berkeley.

Shi jokes that because he studies commerce—rather than engineering or artificial intelligence—it’s easier for him to juggle EduBeyond with his university assignments.

On a more serious note, Shi says that he’s seen different educational systems, which have given him valuable insights. He was born in the United States where he spoke English, then lived for a while in Beijing, where he attended school in Mandarin. Then his family moved to Vancouver where he had to re-learn English in the B.C. school system.

“Once I picked up Chinese, I forgot my English a little bit,” Shi says.

He’s convinced that EduBeyond’s interface will not result in Indonesian teachers losing their jobs. He also insists that their working hours and wages will remain the same.

Shi acknowledges that an automatic test-marking and test-generating systems created by EduBeyond will take two or three hours off their weekly schedules. However, he believes that this time can be reallocated to one-on-one sessions with students.

Moreover, he firmly believes that gaps in education are not due inherent differences in intellect between students in different countries. This was demonstrated to him in a nationwide workshop teaching the basics of programming to students in Canada and Indonesia. They had similar outcomes in terms of how far they advanced.

“This is where we want kids of the world to be at,” he says. “If it’s not, how do we make it better? That’s the mindset.” 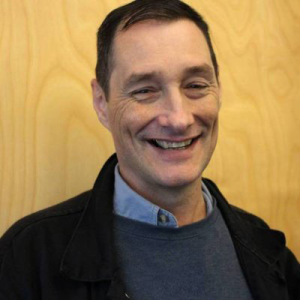 Pancouver editor Charlie Smith has worked as a Vancouver journalist in print, radio, and television for more than three decades.
Read More > 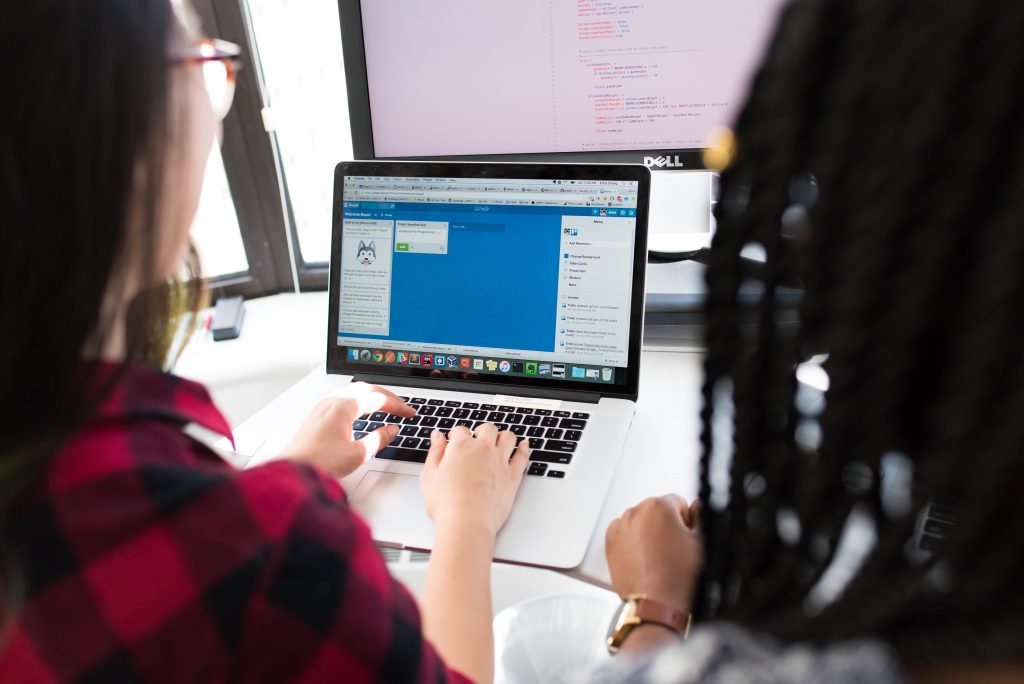 How workplaces can encourage diverse personalities, values, and attitudes

Groupthink and group polarization can be overcome when workplaces are composed of people with diverse personalities, values, and attitudes. 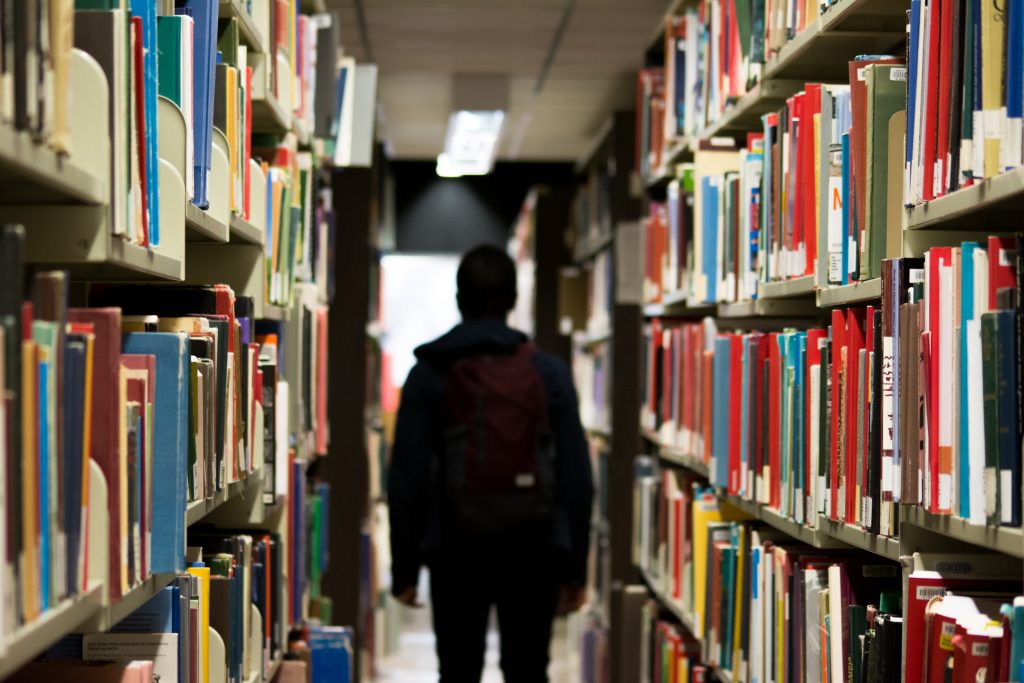 Alex Sangha: It’s time to give international students in Canada a break on their tuition

Education is the great equalizer—the best and brightest should not have to worry about financial barriers, including sky-high tuition fees. 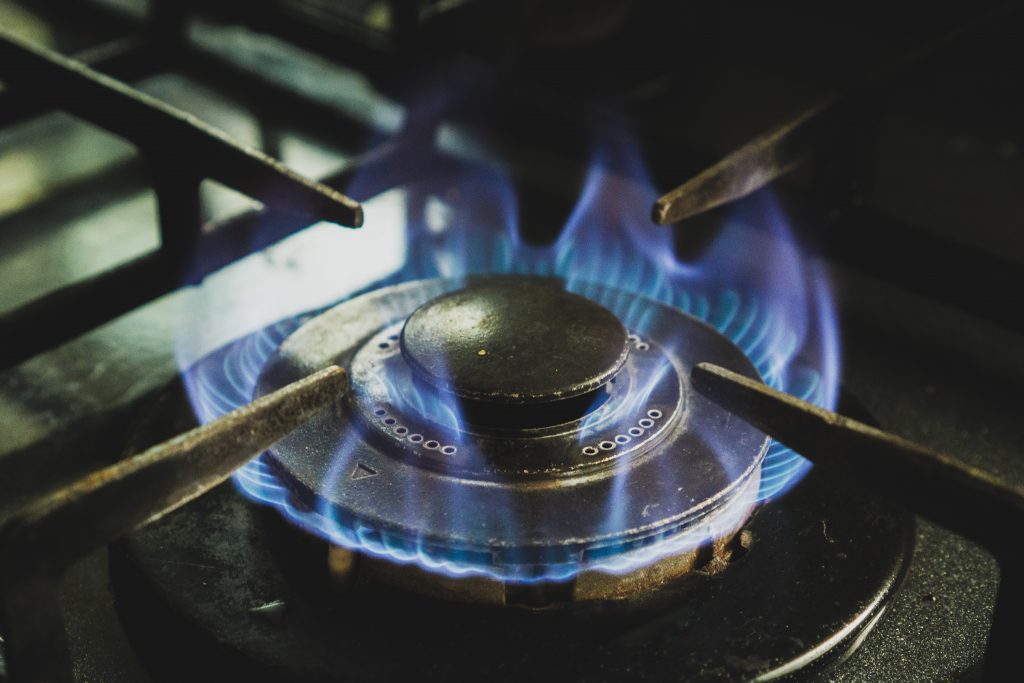 David Suzuki: Fossil gas is not healthy for children and other living things

Cooking with gas has some advantages over cooking on conventional electric stoves, but people also need to know about health 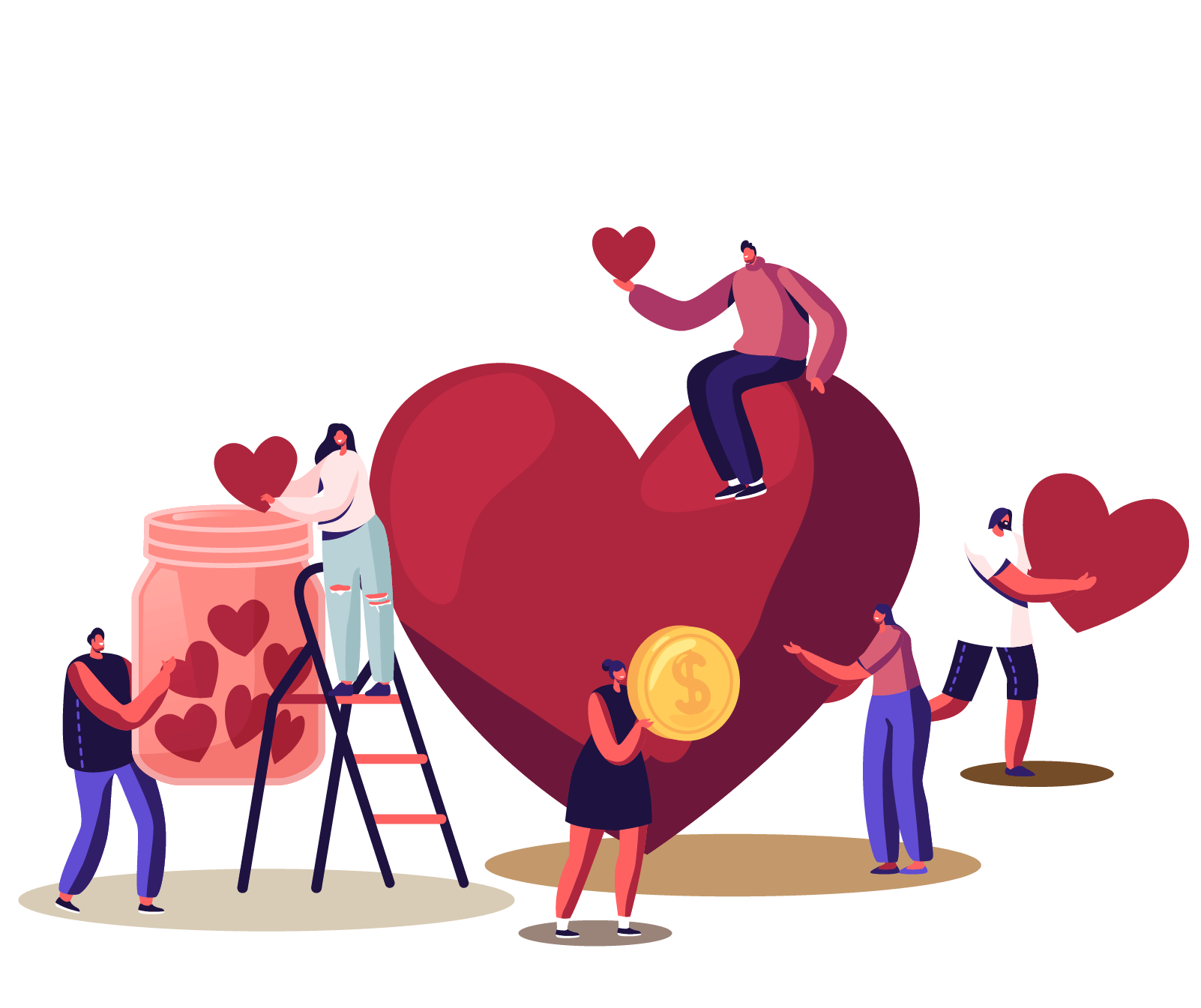 Pancouver aims to build a more equal and empathetic society by advancing appreciation of visual and performing arts—and cultural communities—through education. Our goal is to elevate awareness about underrepresented artists and their organizations.

We would like to acknowledge that we are gathered on the traditional and unceded territories of the Coast Salish peoples of the xʷməθkwəy̓əm (Musqueam Indian Band), Skwxwú7mesh (Squamish Nation), and Səl̓ílwətaɬ (Tsleil-Waututh Nation). With this acknowledgement, we thank the Indigenous peoples who still live on and care for this land.

Pancouver strives to build a more equal and empathetic society by advancing appreciation of visual and performing arts—and cultural communities—through education. Our goal is to elevate awareness about underrepresented artists and the organizations that support them.

We would like to acknowledge that we are gathered on the traditional and unceded territories of the Coast Salish peoples of the xʷməθkwəy̓əm (Musqueam), Skwxwú7mesh (Squamish), and Səl̓ílwətaɬ (Tsleil-Waututh) Nations. With this acknowledgement, we thank the Indigenous peoples who still live on and care for this land.